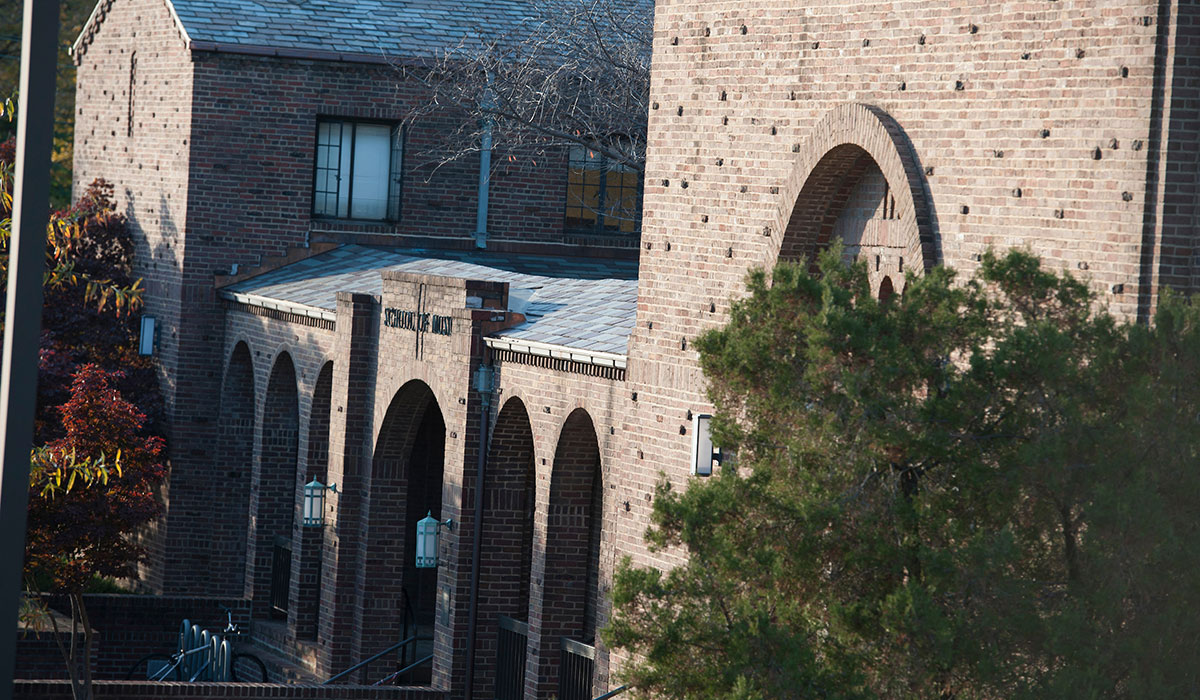 The Catholic University of America has long been committed to educating musicians, scholars, and composers. Music instruction has been a part of campus life since the early 20th century.

A music department was established in 1950 with the late John Paul as chairman. Under his leadership, the department became the School of Music in 1965. The school was named the Benjamin T. Rome School of Music in the spring of 1984, in honor of alumnus, trustee emeritus, and longtime friend and benefactor, the late Benjamin T. Rome. Dean Paul and his successors Thomas Mastroianni and Dean Elaine Walter shaped a school where performance and scholarship receive equal attention to benefit undergraduate and graduate students who come from throughout the United States and many foreign countries. Since 2001, deans Marilyn Neeley, Murry Sidlin, and Grayson Wagstaff have continued the development of the school as the centerpiece of cultural life on campus and as a featured part of Northeast Washington, D.C.

The school's music departments are fully accredited by the National Association of Schools of Music. Students are encouraged to take advantage of all the resources, cultural and intellectual, that Washington, D.C., and the surrounding area offer.

Today, with some 35 distinct curricula offered, music students are admitted to programs leading to the degrees of Bachelor of Music, Bachelor of Arts, Master of Arts, Master of Music, Master of Music in Sacred Music, Doctor of Musical Arts, Doctor of Musical Arts in Sacred Music, and Doctor of Philosophy. They work with an impressive faculty of artists and scholars and participate in master classes offered by some of the world’s most respected performers, composers, and scholars in musicology. The departments house the Institute of Sacred Music and the international Centre for Ward Method Studies in Gregorian chant and also maintains a three-decade long emphasis on Latin American culture through the Latin American Center for Graduate Studies in Music.

With an approximate enrollment of 300 music majors, the departments of music schedule numerous concerts, recitals, and special events throughout each academic year. Recent opera and musical theatre productions include Mozart's Don Giovanni and Magic Flute, Puccini's La Bohème and Madama Butterfly, Gounod’s Roméo et Juliette, Sondheim's Sweeney Todd, Sunday in the Park with George, Kander and Ebb’s Cabaret, and Rodgers and Hammerstein's Carousel. One of the highlights of each year is the annual Christmas Concert for Charity, performed by the CUA Symphony Orchestra and combined choruses in the Great Upper Church of the Basilica of the National Shrine of the Immaculate Conception and broadcast worldwide throughout the Christmas season on the Eternal Word Television Network. Starting in 2010, students and faculty performed a series of concerts in Carnegie Hall’s Weill Recital Hall co-sponsored by the la Gesse Foundation which has also sponsored student performances in France and Germany. In 1987, 1993, and 1999, student musicians traveled to Rome for a series of concerts, including performances for Pope John Paul II. Students and alumni have performed for presidents, heads of states, and all the American cardinals.

The Benjamin T. Rome School of Music, Drama, and Art remains the preeminent Catholic center for music study in the United States and is internationally recognized for perpetuating the Church’s historical role in uplifting the human spirit through the study and performance of music. The music departments welcome applications from women and men of character, intelligence, motivation, and talent, regardless of race, creed, nationality, ethnic background, or disability.