Dr. Kaltchev’s critically acclaimed commercial recordings for the Bulgarian “Gega New” label include an all-Charles Griffes CD (hailed by the French magazine Diapason as “the most accomplished interpretation known until now”), a CD with the world premieres of solo piano works by the French composer Florent Schmitt, as well as a recently released CD with works of Debussy.

Dr. Kaltchev holds degrees and diplomas from Yale University and Rutgers University, Sofia Academy of Music, and the Liszt Hochschule für Musik (Weimar). He is recipient of piano pedagogy awards for teaching excellence and has presented lectures, workshops, and master classes in Europe, China, Korea, Singapore, Thailand, the Virgin Islands, and the U.S. Dr. Kaltchev’s students are prize winners of more than thirty piano competitions and have performed with numerous orchestras including I Solisti di Perugia (Italy) and Orquestra De Camara De Cascais E Oeiras (Portugal). Dr. Kaltchev is an active adjudicator and has judged international piano competitions in Europe, Asia, Latin America, and the U.S.

Currently, Dr. Kaltchev is Professor of Piano and Head of the Piano Academic Area at The Catholic University of America in Washington, DC. He is co-director and co-founder of the Washington International Piano Festival (www.washingtonpianofest.com), as well as the Artistic Director of the Bulgarian Music Society Concert Series at the Bulgarian Embassy in Washington, DC (www.bulgarianmusicsociety.org). He has taught as a Visiting Piano Professor at the Beijing China Conservatory of Music and the Yale University School of Music. 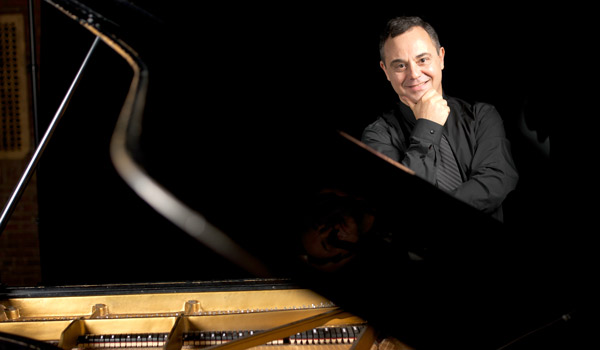